Ben Watts (brother to Naomi) is well known as a fashion photographer and the lens behind fun and sexy magazine editorials for publications like GQ and Sports Illustrated as well as ads for the likes of Bonobos and Victoria’s Secret. To those in Montauk, he’s simply known as a long standing local. He’s had a cottage on Lake Montauk since 1998 and is proud to call the East End home when he’s not jet setting all over the world for work.

Like many others, he simply fell in love with the place and though he admits that “it has changed a lot,” he’s still happiest here. His latest book, Montauk Dreaming captures the sense of comm 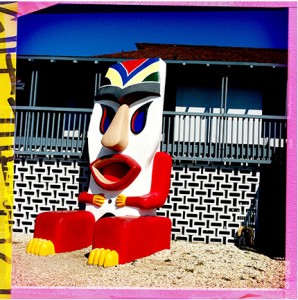 unity and some of the unique characters the area is known for with brightly tinged snaps shot via iPhone.

Basically, it’s summer in book form and we’re ready to dive right in. But, be warned: it gets pretty colorful so you may want to grab your sunnies!

Snag a copy for yourself here!
BACK to LOW TIDE home
ben wattsbooksgallerylocalmontaukphotographyphotosvision
WE ARE